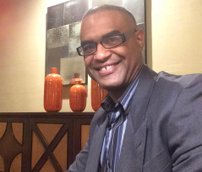 "We have been called to heal wounds, to unite what has fallen apart, and to bring home those who have lost their way." —St Francis of Assisi

Wounded, broken, and lost … that was me more than 20 years ago.

I walked into a counselor’s office when I was 19 expecting to be fixed in three to six months.

More than 20 years later I reflect on my time with that therapist, other mentors, pastors, and friends who helped me heal. These individuals remind me of the story in Mark 2:, 1-5, 10b-12:

“Jesus went back to Capernaum, and a few days later people heard that he was at home. Then so many of them came to the house that there wasn’t even standing room left in front of the door. Jesus was still teaching when four people came up, carrying a crippled man on a mat. But because of the crowd, they could not get him to Jesus. So they made a hole in the roof above him and let the man down in front of everyone. When Jesus saw how much faith they had, he said to the crippled man, “My friend, your sins are forgiven.” “So Jesus said to the man,  “Get up! Pick up your mat and go on home.”The man got right up. He picked up his mat and went out while everyone watched in amazement. They praised God and said, “We have never seen anything like this!”

While that man’s healing was instant, it’s been a process for me. In my first small group in 2002, someone quoted Philippians 1:6: “being confident of this, that he who began a good work in you will carry it on to completion until the day of Christ Jesus.” I believe that God spoke that to me as a promise and I’ve held on to it since that time. This promise has guided me to be discipled and loved by some of the best mentors and friends I could have ever wanted. My quest for wholeness took me around the country, spanned four different denominations, and landed me in numerous small groups, trainings, retreats, and conferences.

I’m now a spiritual father with a passion for the formation and mentoring of God’s people. I’ve experienced and have training in pastoral counseling, emotional work/life coaching, deliverance, pastoral care, Sozo, spiritual direction, small groups, and retreats. Any one of those areas or a combination of any of them are available to transform lives. My theological education, ministry experience, and hearing the cries of humanity -- increases my passion for all to have connection, wholeness, and freedom.

I would be honored if you allowed me to journey with you as we follow our Director. May you accept the invitation to become a part of the story of God, believing that what He started in you, He will finish. And if you don't, I’m going to believe it for you until you do.